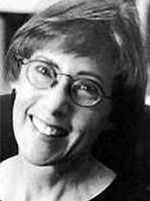 (the contest winner, finalists and honorable mentions are listed here)

Jeredith Merrin is the author of two collections of poetry from The University of Chicago Press—Shift (1996, a finalist for Lambda Poetry Book Award that year) and Bat Ode (2001).  She’s published a book of criticism, An Enabling Humility:  Marianne Moore, Elizabeth Bishop and the Uses of Tradition (Rutgers UP, 1990).  Her essays and reviews on Moore, Bishop, Randall Jarrell, Billy Collins, John Clare, Kenneth Koch and others have appeared in The Southern Review and elsewhere, and her poems may be found in such journals as The Hudson Review, Ploughshares, The Paris Review, Slate, Southern Poetry Review, The Southern Review, Virginia Quarterly Review, and The Yale Review.

The Resistant Reader in the Age of Memoir

In her book, she said the guiding principle
was guarding against irreparable losses;
she’d managed to live so as

to avoid any major cause of regret.

Anyone who’s done that, raise your hand:
you’re excused from this poem.

As for us who remain, let’s go around
the circle and list our regrets.
For the stuporous, self-evading hours.

For narcissistic hatred of the imperfect
body, which has hampered love.

For fatigued, five o’clock snapping
at the over-amped three-year-old.
For withholding, out of harbored

For everyday, ape-in-hierarchy,
lies of assent. . .

But maybe she meant larger,
one-time-only things avoided?
The sale of the family house, say,

an abortion, the laceration of divorce?

But what servility was kept with that house,
what cowardice clung to with the brave

delivery of the baby, what fear of darkness
retained with the long-lasting marriage?
(And is there a word for the regret

of having too few regrets?

There must be.  In French?)
Remember that adolescent moment, poised

before first sex—with already,
how many regrets?  Who knows the number
of planets where life might start over?

On one, an ocean with a new tide.  Trees, maybe?

So beautiful.  They grow and fall in one place,
never experiencing irreparable loss.

(previously published in Ploughshares, and reprinted in Poetry Daily)

All this time unremembered, all this time repressed,
the suffering of childhood:  the first openness and zest
that met with . . . what?  Humiliations, slaps (with the best
of intentions, as our parents told themselves, lest
we grow “too big for our britches,” bad).  For some, the worst,
all-out beatings, tortures, molestations never guessed
by outsiders, un-noticed or dismissed
by family members who’d been, themselves, oppressed,
and had remained en-mired, immured, inured.  The nest
un-safe, yet you had to trust that you were loved, and so suppressed
your self-respecting rage, erased the memories of your past,
which means enacting the hurt on others:  you must.

What if it rushed back, painful memory, now?

Annually, in Brazilian autumn, our spring,
where the mouth of the Amazon meets the Atlantic,
it arrives, the Pororoca, which is native Tupi for
“big roar.”  A tall, up-river-rushing wave, or “tidal bore,”
a twelve-foot wall of water with the rumble of a train
that takes up full-grown trees, piranha, spiders, anaconda,
even local houses, jaguar . . . Swept up:  father’s
out-of-nowhere jaguar anger, mother’s crushing anaconda envy,
spider-web shame.  Uprooted:  stupid, stupefying rules,
Forbidden Trees. Seen and known for what they were.
Release of held-back tears for the helpless child who was
yourself, for any child you hurt in turn, for years of blocked vitality.

It’s not for amateurs, it’s dangerous, you’ve never felt so free:
from around the world they come to surf this wave.

(previously published in The Yale Review)

Congratulations to Able Muse Press for having the good sense to publish Jeredith Merrin's Cup. Some of us have been waiting for a new collection from this highly talented poet for a long time: "Who knows the number/ of planets where life might start over?" When I find one of those planets and make my move, I'll want to take Jeredith Merrin's poetry with me. Thank you!

Thank you, John, for the heartening and elegant acknowledgment.  I hope my CUP gives you pleasure.