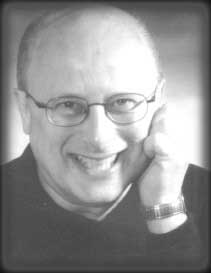 Len Krisak, an American poet, graduated from University of Michigan, and Brandeis University. He taught at Brandeis University, Northeastern University, and Stonehill College. His work has appeared in Agenda, Commonweal, Raritan, the Sewanee Review, the Hudson Review, PN Review, the Antioch Review, Measure, the Formalist, the Cumberland Poetry Review, Tennessee Quarterly, Classical Outlook, Pivot, Rattapallax, and the Weekly Standard. He has read his work at the Newburyport Literary Festival and other sites throughout New England. He is a former member of the Powow River Poets. He was also a contestant on Jeopardy! in 1995, winning $43,399 in four games and giving himself a berth in that year's Tournament of Champions. Krisak also won the Gold Pocket.com National Trivia Competition.

There won’t be conquests any more.
Time saw to that. Now comes withdrawal.
There’s not the slightest chance that war
Will rouse the appetite at all.
Faint images will have to do,
Ghosting memory’s blue cave wall.
Bound fast, this is the last Capri
That isolation offers you.
Excite yourself with fantasy
If memory fails. Below, old goat:
The grotto. Up above: caprice.
Your vices have you by the throat;
Your organs rot now, piece by piece.
Waves wash the cave and never cease.

after an image by Anthony Hecht

Long walk past sun-cracked faults
The falling snow
In gray-scaled everything,
Ikiru-like.  (A black-and-white film:
A civil servant who will soon
Be dead—soft-spoken, deferent, shy—
Sits in a playground swing.
As timid flakes descend,
He sings, prepared to die).

A mother checks her rising dough,
While weather weaves a flattened kilim
Outside, across the window frame.
The snow begins to cling
To swing-seats, piling.
The mother comes in from the kitchen smiling,
Calling her child by name.

The snow begins to end,
Leaving white bread
Suspended from the swing set’s chains.
The moment’s holding steady.
Outside, the picture gray as lead
Awaits late-winter/early-springtime rains.
It waits till all the loaves are ready.

(previously published in the Hudson Review)

Julie Christie presses on. Her iron will
Still comes down hard on starched white sheets.
Slam and slam the heavy thing repeats.
If she can't save the Tsar, her iron will.
Zhivago doctors on; he understands.
The weight of war and love brings down her hands.

Religiously, she'd stop there on the brownstone stoop,
He said, before she'd lug the baby carriage in.
Vigilant against the chance of flu or croup,
She'd wash the rubber tires of his pristine pram,
Then pause half up the well-scrubbed steps, half-satisfied,
Before she'd wipe them one more time with germicide.

While he lay dying in Intensive Care,
I stayed with her that week (“to help prepare,”
I said). The night before I left her there,
My clothes all washed (and dried, with sheets of Bounce),
The iron came out—to press my underwear.
My tee shirts needed folding smooth, she said,
Or else they couldn't properly be packed.

The wrinkles flattened as her iron attacked
With hot steam and love's pressing urgency.
It was a medical emergency
Almost.
The devil's work, she would renounce
With all her strength, with every mortal ounce
She'd need to do the ironing ahead,
Before I flew away and he was dead.

The bones have taken up a loafer’s slouch,
Lines sprouting from the joints in graceful arcs
That mock the way a corkscrew willow weeps.
They lead to batteries that seem to vouch
For someone’s bona fides. Nothing sparks,
Though. This guignol will give no soul the creeps;
No corpse will die when someone throws the switch.
The Tin Man skull-cap’s blossomed into wires;
Wags have warned us with “1000 Volts!”
Will any of this scare some shrunken witch
Tonight? Will any children fear the fires
Threatened? No one pauses; no one bolts.
All night, the skeleton prepares to fry—
To frighten small-fry with his will to die.
He sits and waits in his electric chair.
The porch lights flicker on. Knock, knock. Who’s there?