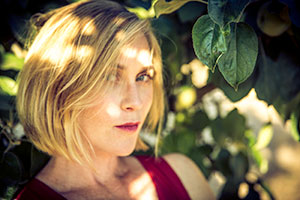 (the contest runner-up, finalists, and honorable mentions are listed here)

Amy Glynn is a poet and essayist whose work appears widely in journals and anthologies including The Best American Poetry. Measure Press published her first poetry collection, A Modern Herbal, in 2013; her second, Romance Language, is forthcoming. She has received the Troubadour Prize, the SPUR Award of the Association of Western Writers, Poetry Northwest’s Carolyn Kizer Award and scholarships to the Sewanee and Bread Loaf Writers Conferences among other honors. She is a two time James Merrill House Fellow and was the inaugural Poet Laureate for the cities of Orinda and Lafayette, California.

The truth is that the truth is complicated.
The truth is, nothing’s ever all you need
To know. The truth is, truth is overrated
Sometimes. And there are fantasies we feed
That turn to truth if they are beautiful
Enough. The truth is always in the eye
Of the beholder. Some of us are blind,
As well, and some of us dyed-in-the-wool
Liars. And others predisposed to buy
It, burn, and say the trick is not to mind.

Tell me again how beautiful you think
I am, how if we found ourselves alone
You’d ravish me. Look! Figures on the brink
Of love forever, wedded to our own
Imaginings, arrested at the height
Of wanting it. Remind you of anyone?
Tell me again the things you’re going to do
To me someday. Recant, rekindle, fight
Remorse, then tell yourself it’s all in fun
Anyway. Not a word of it is true.

The beauty of it is, the truth comes out,
Ugly or not. We know the things we know.
Sublime self-saturation, hunger, doubt –
Shocking in their refusal to let go.
The truth: I meant the things I said. I’ve earned
As much, but what does being owed the right
To something mean? Fair attitude! Escape
Artist, dreamer, whoever you are: I’ve learned
Truth’s relative, and beauty an insight
We get too late. That’s all. O, Attic shape.

(previously published in the New Criterion)

Field Guide to the Birds of Ogygia

Everything here is rhetorical, even the sky,
which at dusk cannot help but compare itself to a fire
opal, a field of gaudy flame that spreads
to the breakers in a fit of chiasmus. I’ve
been left to my own devices for ages: a good
loom, and a lyre, and a watery soprano
voice like a windward-facing waterfall,
all spray and prism. We’re all prisoners here:

best make the best of it. Develop a hobby,
elaborate patterns. Birds do it all day long–
and most days are long at this latitude, which is
good for the grapes, and the flax, and the birds. So many
birds, vast shifting rafts of improbable names;
laughing tern, god-wit, duck, chat, little stint:
even they–no; particularly they–
seem to be figurative, like living flights

of semantic fancy. The gregarious
must learn their obbligati. Those consigned
to solitude sing songs that seem inborn.
Everyone has a bias. Over time
they braid themselves together, one long line
crossing the next until a tapestry,
telling a tale with a multi-POV
narrative, makes sense of all the noise.

The icterids who cling sidewise to the reeds
with their small sharp feet have a native tongue half-flute,
half-jigsaw, eerie tremolando trills born
in the syrinx that then travel to the mind.
Their culture is mainly preoccupied
with itself. By contrast, starling murmurations
are polyglottic, and compose exuberant
symphonic poems, a polyphony

sampling the screams of hawks, the hoarse complaints
of terns–even the frogs inspire them,
and the creaking of the cedars in high winds.
There is a blue rock-thrush who visits now
and then, flaunting a plumage that takes cues
from the sea itself, its color structural,
like the sea as well–wave interference. I
have noticed that the most amazing songs

are often made by those who live alone.
It makes sense. Honestly, sometimes I think
the gods send misery because they want
to hear more songs. I will be writing them
for you forever, by the way, after the end
of your little stint, your temporary stay.
This island is a stopping place for many;
a home for relatively few. And yet

beautiful is still a mandate here,
and it takes all-day precision and a kind
of ruthless competence I guess I have.
It is exhausting. But there’s such a thing
as fruitless work we do because we are
ordained to it, so here I am: domestic
goddess, ace birder, nectar sommelier,
certified naturalist and, by the way,

no slouch in the bedroom. And for what, I wonder.
Nonetheless, one works with what one has,
training vines in a basket shape that’s borrowed
from weaver birds, and spinning spider-silk
into fabric for a dress dyed with the shells
of spiny whelks to match the lingering
winey finale of the sunset. I’ll
wear it for you, though I know you won’t

come back, despite which I expect I will,
in a certain rosegold light, still scan the east
forever, just in case. The skies will fill
with clouds of rasping gulls and sociable
lapwings. Hey: I did what I could. I made you safe.
Never forced you to talk. Your bed was kept warm, and the wine
had a pleasing calcareous backbone. Think
of that, when you’re lashed to the mast and the chanteys commence.

Babe, come and get me. Seriously. This thing,
It’s not my life. God damn it, do the math:
There is no start or end point in a ring.
I could hone paring knives, pull a Sylvia Plath,
Do something nasty. Shock the neighbors, lie
Buck-naked on the lawn waving my fist
And screaming invective at the empty sky,
Rage, rage and all–oh but you get the gist.
They say until you understand surrender
The universe will just increase the pressure
With which your face is rubbed in it. Whatever.
No more no. Darling one, by any measure,
This world’s become too small. Kick in the gate
And carry me out of here before it’s too late.

Intimate strangers, each of us is bent
On bending the other to our will. But will
We ever understand what’s really meant
By entering into this argument
Together? There’s no lesson to instill

In this place, even if our subject matter’s
The worthy cause of coming to a higher
Knowledge of self. (The self’s the thing that natters
So ceaselessly inside of you, it shatters
Any nascent scintilla of desire

To know it better.) Going to the mat
Assumes an almost mythic context just
The same. Yoga means union. Yet the spat
Revives with every lesson for all that:
Body and mind: complete breakdown of trust,

Supremacy of superego, limbs
And limbic system bickering on and on
About whose fault the pain is. Practice skims
That surface racket; postural synonyms
Outline a body-language lexicon

That’s liminal, phoned-in. Here we are all
Posers, and maybe posturing is part
And parcel of a process we don’t call
By its right name anyway. But if we fall
Flat on our asanas, that’s all right: the art

Of falling’s still an art. Cold feet can be
adaptive, even in the stifling heat
Of this room. Flesh and intention finally
Wedded: bliss. Or should be. But do we
Not all resist change? This is the conceit

These postures mean to teach, a metaphor
That operates in every cell. Arranged
Marriage is not a custom we explore
Willingly in this culture, and the more
Uncomfortable we are, the more estranged

We feel: the hour-long meltdown’s just enough
To heighten, rather than disrupt, our trust
In body-mind duality, a bluff
We’ve bought for centuries. Union is tough,
The more so if you absolutely must

Task yourself with believing that you chose
Your partner knowingly. Better to see
We’re all stuck here with strangers, and who knows
What skeletons are underneath the clothes
In all our closets? Did I want to be

This tough, or this resilient? I had thought
I did. But physics isn’t my strong suit
And never was. Tied roughly in a knot
To contemplate dynamic tension, hot
Under the collarbone, there’s an acute

Desire to flee: if I could figure out
How to support myself apart from you,
Dear body, I’d be out of here without
A thought. But then, one last breath, and all doubt
Disperses, and we feel just for a few

Seconds how it would feel to understand
For real the truth that practice does not make
Perfect: it is perfect. And we land
Upright, and hand rests folio-like on hand,
Something about to open for its own sake.